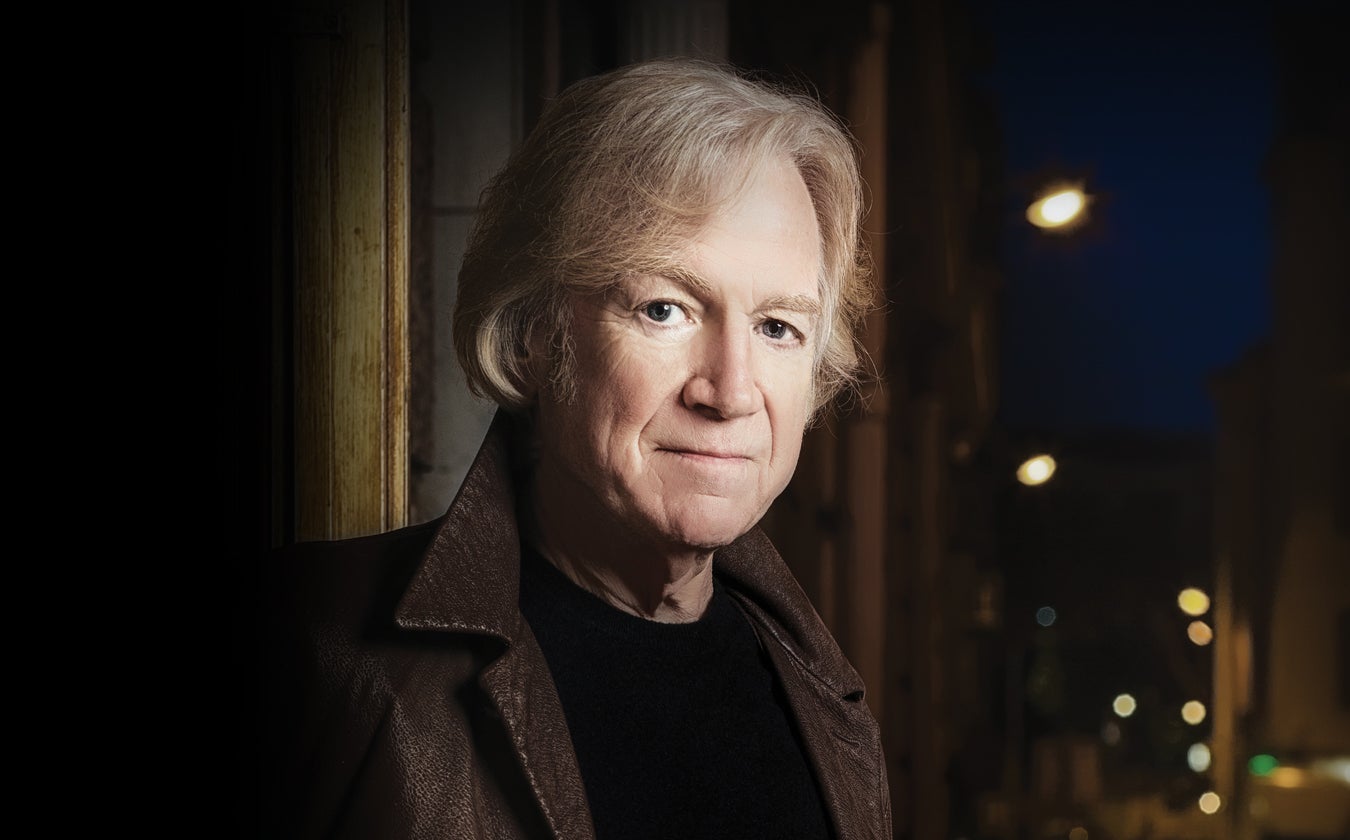 The Justin Hayward performance originally scheduled for April 13, 2020 and rescheduled to March 18, 2021 is now moved to October 12, 2021. All previously purchased tickets will be honored at the new date; no new ticket purchase is needed. If you are unable to attend the new date, the deadline to request a refund is 30 days prior to the event. Please review our refund policy HERE.

Having chalked up nearly fifty years at the peak of the music and entertainment industry, Justin Hayward’s voice has been heard the world over. Known principally as the vocalist, lead guitarist and composer for the Moody Blues, his is an enduring talent that has helped to define the times in which he worked. Over the last forty-five years the band has sold fifty five million albums and received numerous awards. Commercial success has gone hand in hand with critical acclaim, The Moody Blues are renowned the world over as innovators and trailblazers who have influenced any number of fellow artists. Justin is honored with the Moody Blues on the Rock Walk Hall of Fame on Sunset Boulevard.

Having started the ball rolling as a songwriter in his own right with a couple of solo singles, he joined the Moody Blues in the summer of 1966. Hitting his stride immediately with the single ‘Fly Me High’, he followed it up with the classic hit songs ‘Nights in White Satin’ and ‘Tuesday Afternoon’ from the seminal album ‘Days of Future Past’. This album went on to become a favorite of the NASA astronauts and was taken aboard the Atlantis shuttle spacecraft by Chief astronaut “Hoot” Gibson on many missions.

When the Moody Blues took a break from touring in 1975, Justin worked on the Blue Jays album, followed by the hit single ‘Blue Guitar’ (recorded with the members of 10cc). Although the Moodies continued to record and tour at the highest level, Justin also found time to create several solo albums: Songwriter, Night Flight, Moving Mountain’ and The View From the Hill.

Proving that he could write massive hits outside of the Moody Blues, Justin hit the Top Ten globally in 1978 with ‘Forever Autumn’ – created for Jeff Wayne’s War of the Worlds album. Becoming, even for a writer of his stature, a signature song, this was the spur to him taking to the stage – for five years, from 2005 – 2010, and starring in the spectacular live stadium production.

In the 1980s he was made a member of the famous Society of Distinguished Songwriters (SDOS) and in 2012 he was elected ‘King SOD’. He also collaborated in 1989 with Mike Batt and the London Philharmonic Orchestra and recorded the album Classic Blue.

In 2005, he was presented with ‘The Golden Note’ award from ASCAP, the top honor for a British writer, and he has appeared in Nashville regularly with other songwriters in showcase events. In 2013, The Performing Rights Society in the UK awarded him his second Ivor Novello statue for ‘Outstanding Achievement’.

He is consistently touring the globe with The Moody Blues, and as a solo artist – accompanied by Julie Ragins, and Mike Dawes, one of a new generation of young exceptional and gifted guitar players.