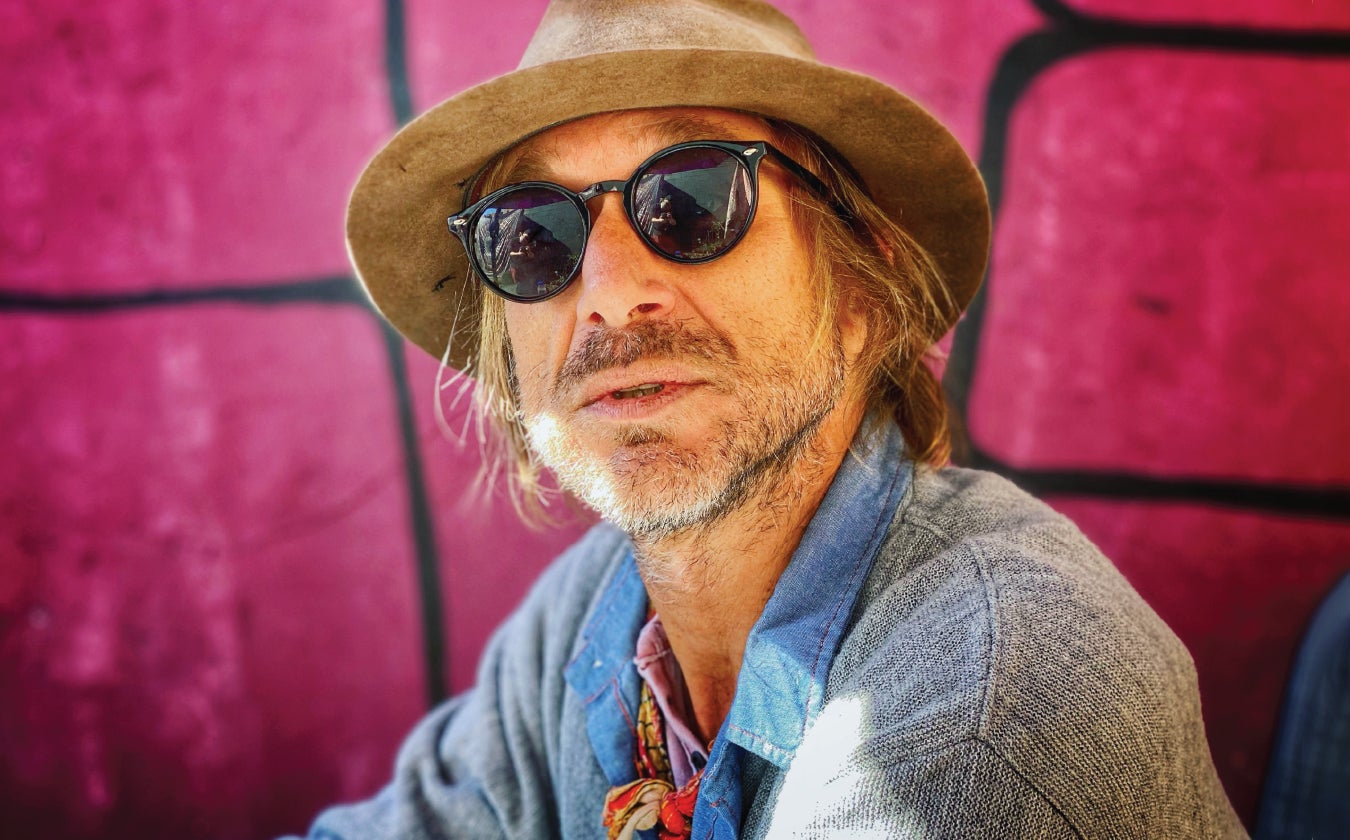 You don't often hear about an artist reinventing their sound eighteen albums into a celebrated career. But for Todd Snider, his latest release, First Agnostic Church of Hope and Wonder, isn't so much a sudden change in direction as an arrival after years of searching.

“After my last album Agnostic Hymns, I felt like I was out of ideas and I just didn't know where to go next,” Snider says. “So I did a side project with the Hard Working Americans, and I learned a ton. I tried to study music by other people, and come to this record hoping that I'd have something new to say. 'I had done a lot of listening to Parliament and James Brown and lots of reggae music, too. It's embarrassing to admit, but I've been trying to think of this sound all my life. This is the closest I've come to thinking, 'Man, I don't know that I've heard anything like this before.'”

Since debuting in 1994, Snider has gone through his own incarnations. His first single “Talking Seattle Blues” was a head fake that might've pointed to goofy novelty songs. But he quickly showed that his artistic quiver was much deeper and more interesting.  A storyteller who works a similar creative soil to John Prine and Shel Silverstein, Snider's best songs are both sad and funny, political and entertaining, and always written with a poet's eye and a stand-up comedian's sensibility about the follies of human condition. While he's made eighteen fine albums, it's on stage where Snider is even more potent, with between-song banter that weaves subtle emotional threads through his sets. A road dog who loves the road, Snider has toured with Emmylou Harris, John Prine, Jimmy Buffett, and appeared at festivals like Farm Aid, Newport Folk Fest, Lockn’ and Hardly Strictly Bluegrass Festival.

“I miss banging around America like it's my yard,” Snider says of the lost, last year. “I like to play for people. Staying home, I gardened, I got a boat, I played guitar a lot. But then I usually don't make up ten songs in one year, so that's one good thing about the pandemic.”