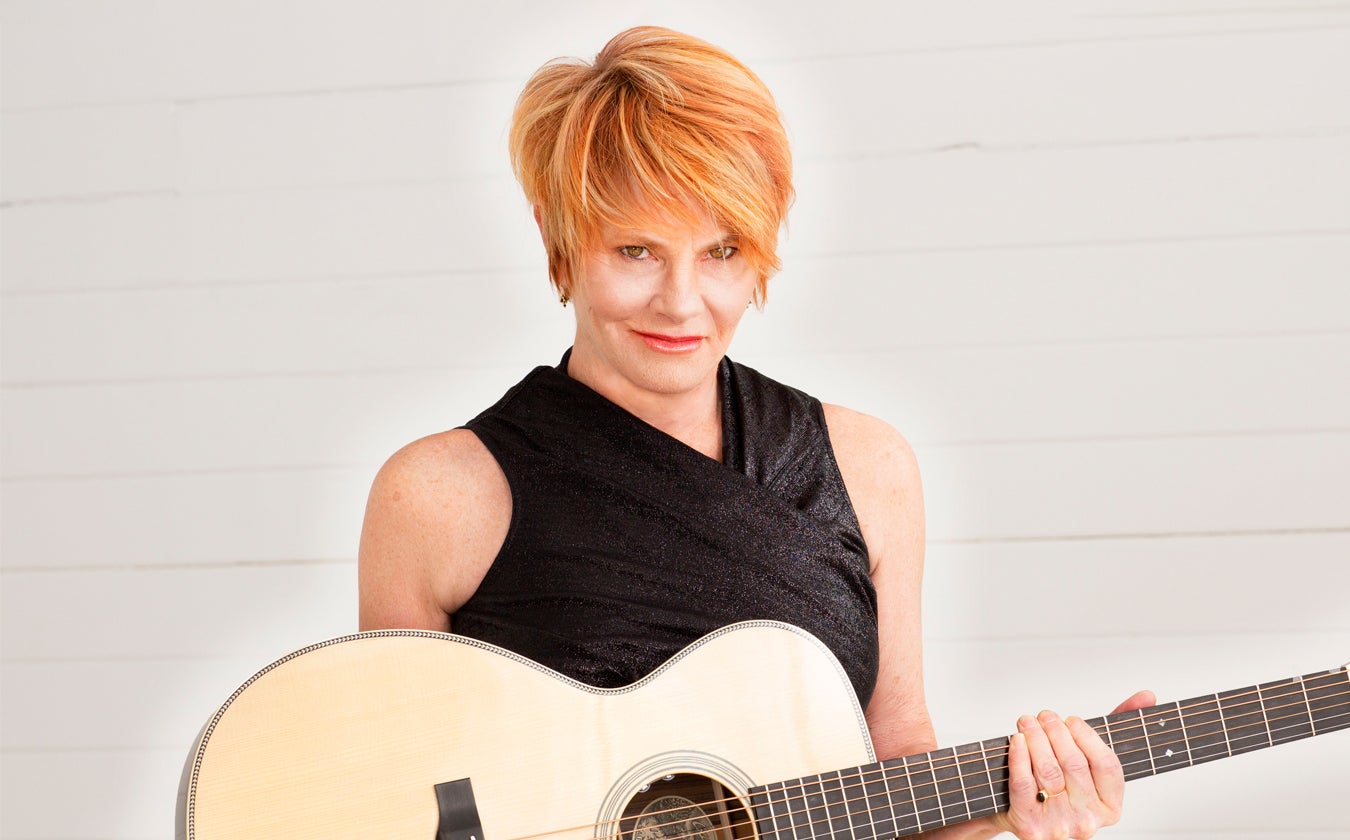 The Shawn Colvin performance rescheduled to March 19, 2021 has moved to Saturday, February 5, 2022.  All previously purchased tickets will be honored at the new date, no new ticket purchase is needed.

To commemorate the 32nd anniversary of her landmark debut album, Shawn Colvin will perform Steady On Acoustic in its entirety. This promises to be a very special evening for her longtime fans!

Three-time GRAMMY winner Shawn Colvin’s debut album, Steady On, was released in October 1989, a stunning introduction to an artist who quickly established herself as a mainstay in the singer-songwriter genre. The album was lauded for its confessional songwriting and well-crafted melodies, and for Colvin’s tender and provocative vocals. Colvin received the ultimate acknowledgement for Steady On when she was awarded the GRAMMY award for Best Contemporary Folk Album. She swiftly amassed a dedicated and passionate fanbase.

Colvin brings a 32-year lens to her treasured songs, casting new light on the stories she first told as a young artist. Colvin has long been hailed as an exemplary solo acoustic performer and these new recordings are a brilliant showcase for her enduring artistry. “I was 32 years old, and the dream of my life had been fulfilled,” Colvin says, “not only because I made an album but mostly because I had written or co-written every song, an accomplishment that was hard won. I was so proud. My feeling was then—and still is—that if I never made another album, Steady On would have been enough.”

Steady On Acoustic strips each song to the core, placing Colvin’s songwriting masterclass on full display. “I’ve played these songs countless times, primarily as a solo acoustic artist,” she says. “All in all, this is the incarnation that feels most genuine. And so, to commemorate this milestone I decided to celebrate Steady On by recording it again, this time using only my voice and my guitar. This represents who I am as an artist and all I ever wanted to be, and I believe it does its predecessor proud.”

Over the course of three decades, Colvin has established herself as a legacy artist by creating a remarkable canon of work, touring relentlessly both nationally and internationally, and having her songs featured in television and film. She is a revered storyteller deserving of the special recognition of both her peers and those who have been inspired by her songs. The reworking of her iconic debut feels not only timely but essential, further underscoring that Colvin remains a vital voice for women in music and reaffirming her status as an Americana gamechanger.