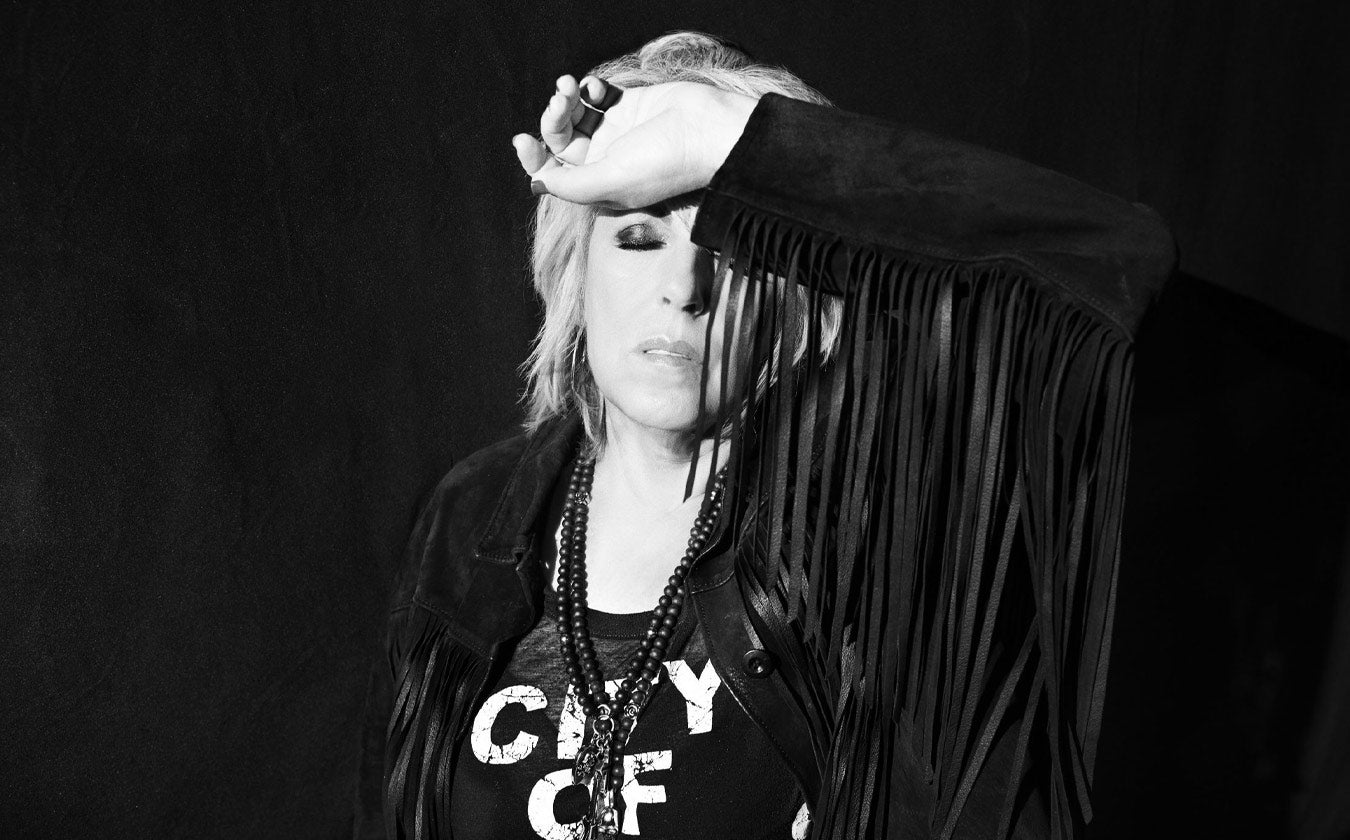 “It’s all come full circle,” says Lucinda Williams about her powerful new album, Good Souls Better Angels. After more than forty years of music making, the pioneering, Louisiana-born artist has returned to the gritty blues foundation that first inspired her as a young singer-songwriter in the late 1970s. And after spending the last year on her sold-out “Car Wheels on a Gravel Road” 20th Anniversary tour, Williams has reunited with that game-changing 1998 album’s co-producer and engineer Ray Kennedy, recording Good Souls Better Angels with her ace touring band at his Nashville studio. Joining them as co-producer is Williams’ manager Tom Overby, to whom she’s been married for a decade and who contributed lyrics to her masterful songcraft. “That’s what I always dreamed of – a relationship with someone I could create with,” Williams enthuses.

The result – Good Souls Better Angels – is the most topical album of Williams’ career. The dangerous world we live in, the constant barrage of a frightening news cycle, depression, domestic abuse, a man without a soul – and, yeah, the devil – figure prominently among its twelve tracks.  “The devil comes into play quite a bit on this album,” Williams says. “I’ve always loved the imagery in Robert Johnson songs and those really dark Delta blues that are sort of biblical. I was inspired by Leonard Cohen – he dealt with that in his songs – and Bob Dylan and Nick Cave.” While, Good Souls Better Angels reflects many dark realities that surround us, the album is tied together with themes of perseverance, resilience and ultimately, hope.

Williams has traveled a long road since her 1979 debut, Ramblin’ on My Mind, followed by Happy Woman Blues, her first album of originals released forty years ago in 1980. (She says that she’s still “the same girl” except that now “I have a bigger fan base and I can afford to stay at better hotels.”) Over the course of fourteen remarkable albums, three Grammy awards, and countless accolades, including Time’s Songwriter of the Year of 2001, Williams is one of our most revered artists, beloved for her singular vocals and extraordinary songs.